Cómpeta, a white town in the heart of the Axarquía where the vineyards produce the Muscat grape for the traditional sweet Malaga wine.

Where is Cómpeta located

Competa is located 56km from Malaga city with a population of 3,922 inhabitants. The size of the area is 54 square km.

The origin of the name Competa

The name of Cómpeta is of Roman origin, it is derived from “Compita-Orum” which means “Crossroads“. Competa was the place where they celebrated their festivals and offerings.

The town has its own traditional dance called the “Fandango de Cómpeta” that is related and mixed with the typical verdiales of Malaga, relating songs on agricultural and romantic themes that are danced during the fair, the night of wine and the day of Andalusia.

Points of interest & landmarks in Competa

Church of Our Lady of the Assumption: Located in the Plaza de Pantaleón Romero. The temple was ordered to be built in the 16th century, exactly on May 25, 1505, with subsequent reforms as it suffered damage after the 1884 earthquake. It is the most prominent and important building in the town. The church is divided into three naves separated by octagonal pillars and semicircular arches. The coffered ceiling (the ceiling) is in a Mudejar style. The tower of neo-Mudejar style stands out with a height of 37 meters built of brick in 1935 finished with a dome of tiles.Hermitage of San Antón: Hermitage built in the 18th century with a simple and simple architectural structure that corresponds to the typical rural hermitages in Malaga. There are references to it in the Ensenada cadastre of 1751, although it is named as the hermitage of San Antonio Abad Extramuros, patron saint of animals. The chapel has a rectangular floor plan with images of Saint Anthony carved in wood, along with other images and objects from Holy Week in Competa. According to the Madoz dictionary, this hermitage is 100 varas from the hermitage of San Sebastián, it did not have a good economy since in 1799 the tax of the payment of a maravedí to the Royal Subsidy was required. 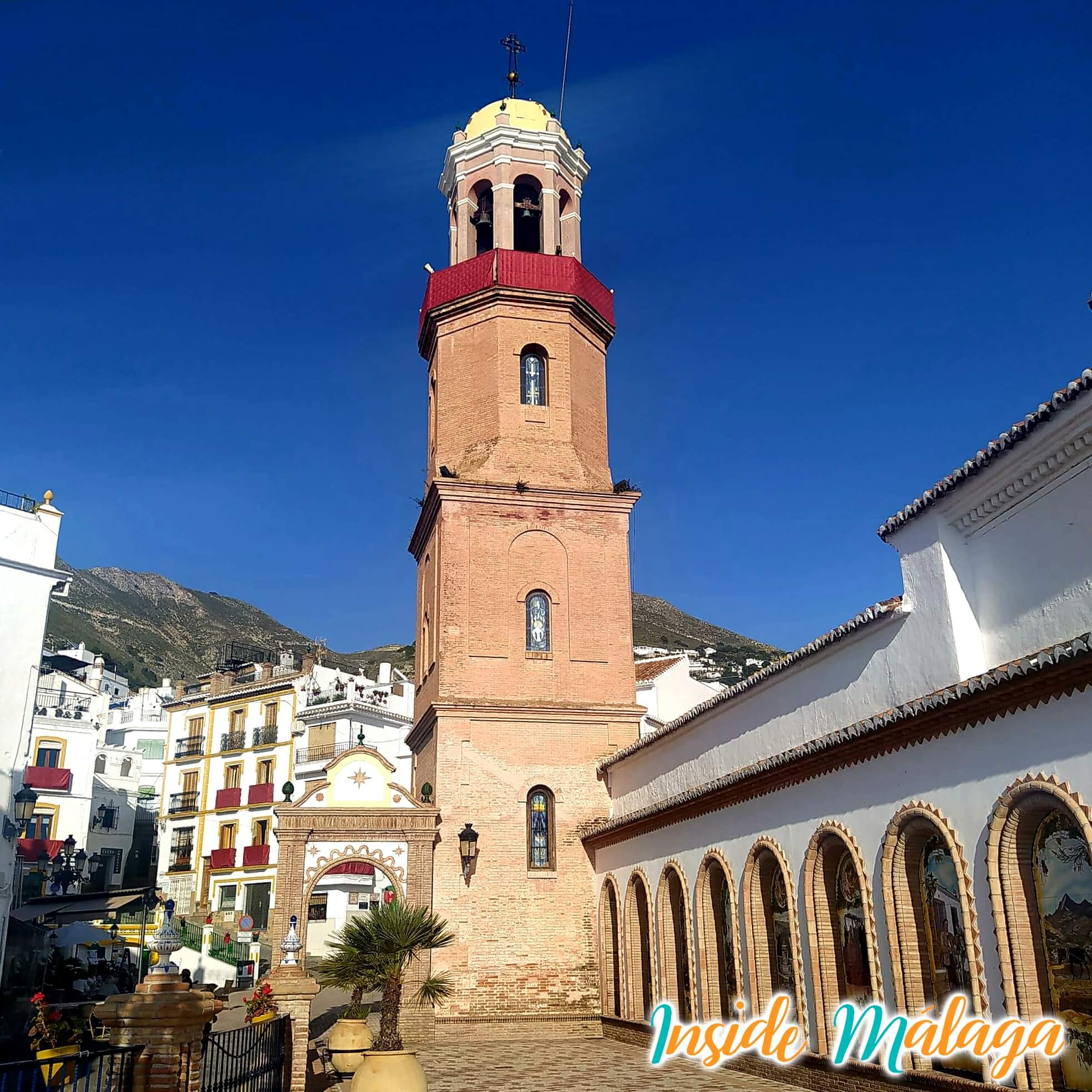 Hermitage of San Sebastián: Located on Avenida de Torrox at the end of the town, the location corresponds to the old center of the town. It is a simple building built in the 16th century at the request of Isabel la Católica after the expulsion of the Moors in 1505, it consists of a single nave covered with a hemispherical vault on pendentives. Inside it houses the patron saint of the town: San Sebastián Hermitage. 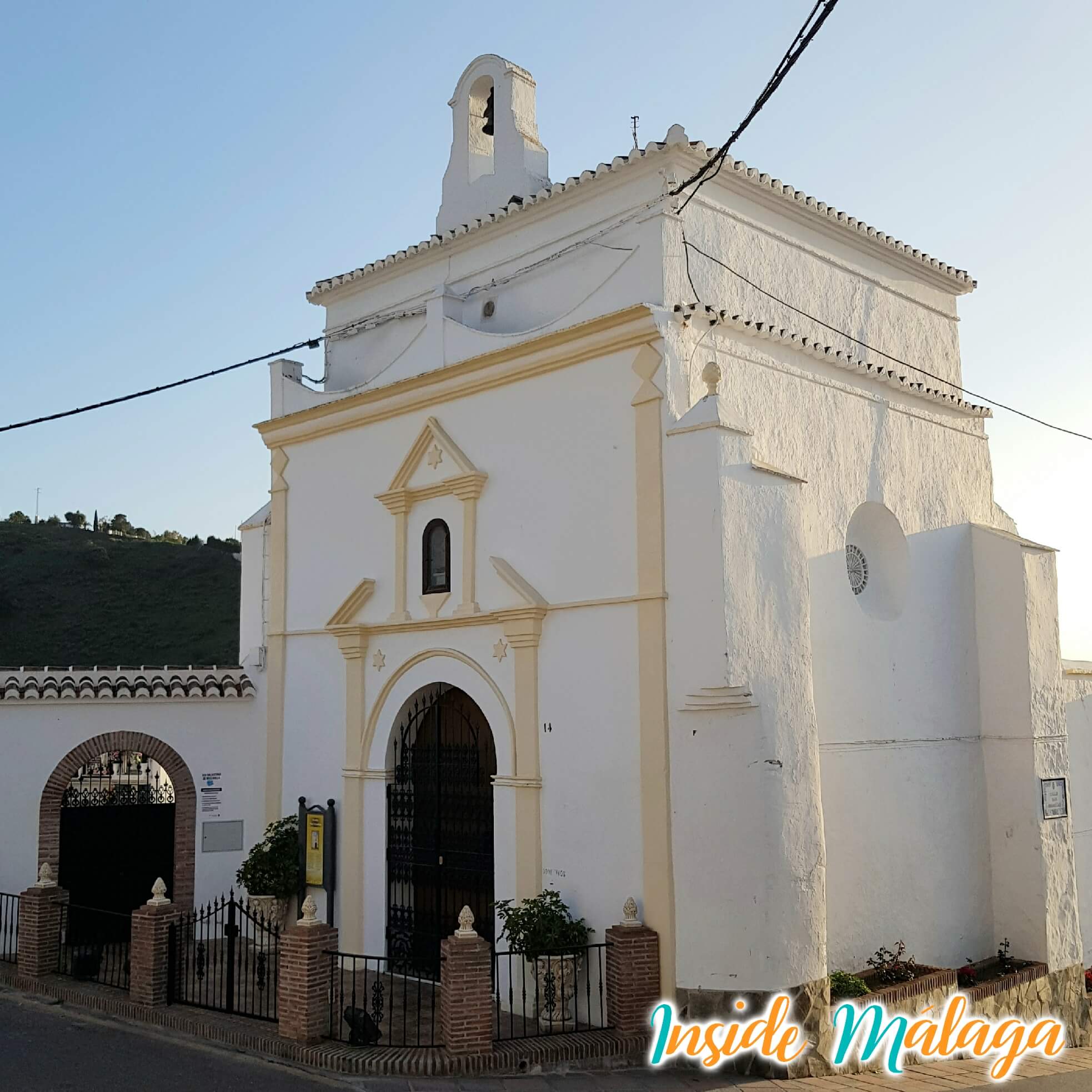 Panoramic Viewpoint: At the entrance of the town, there is a peculiar viewpoint, and of great architectural originality inspired by the style of the Catalan architect Antonio Gaudí. From the viewpoint you can enjoy a frontal view of the town and the peak of La Maroma in the Sierra de Tejada, which is the highest point in the province of Malaga and the Natural Park of the mountains of Tejeda, Almijara and Alhama. 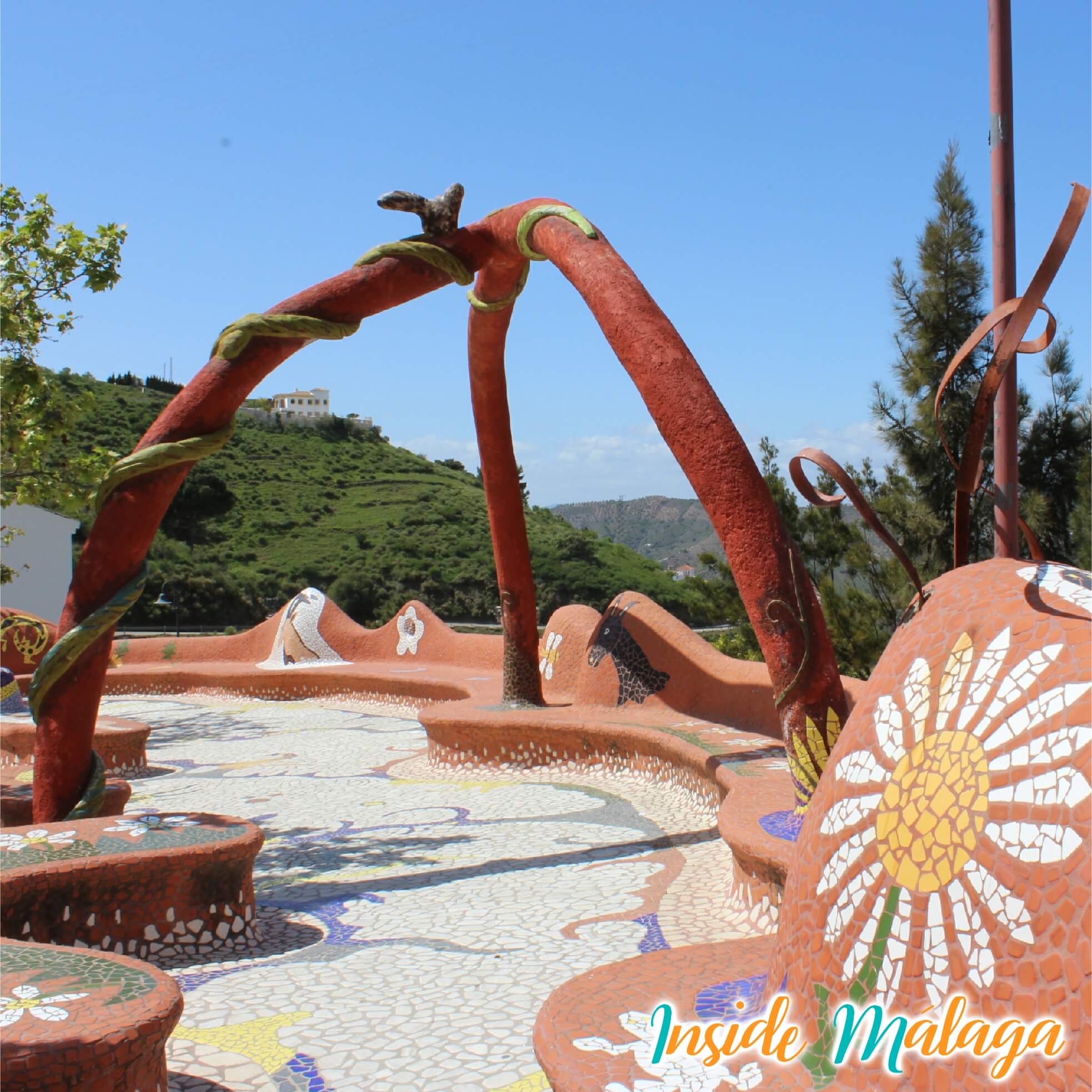 Museum of popular arts and customs: Located in the oven street in an old barracks of the Civil Guard of the nineteenth century. A museum in homage to rural traditions and regional customs that have sustained families and the local economy for centuries. The museum contains dozens of objects, typical costumes and utensils related to agriculture from the past.

Molino de Hadriano Museum: Located on Calle Paco Hernández 20 in a house in the town is an old oil mill from the 18th century. Currently the mill has been restored and houses dozens of objects and tools that were formerly used in the field and an exhibition hall has been added.

Plaza de la Vendimia: Square where the traditional grape tread called “The Night of Wine” is held every August 15, from this square you can enjoy the hanging houses. 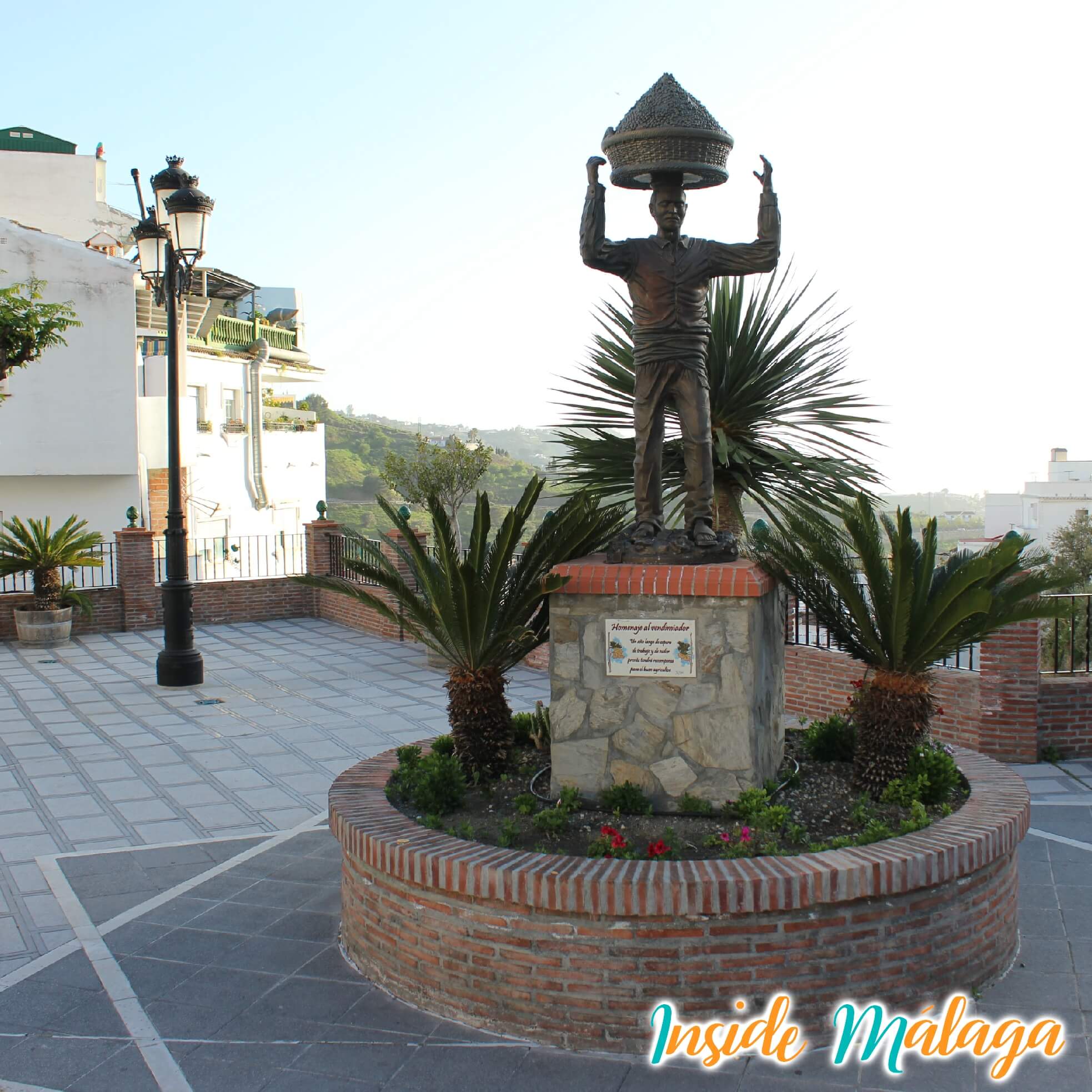 Hanging houses: From the Plaza de la Vendimia you can enjoy a viewpoint in front of the hanging houses. A peculiar place where the foundations of the whitewashed and white houses are the cliff itself, leaving curious views over the town. 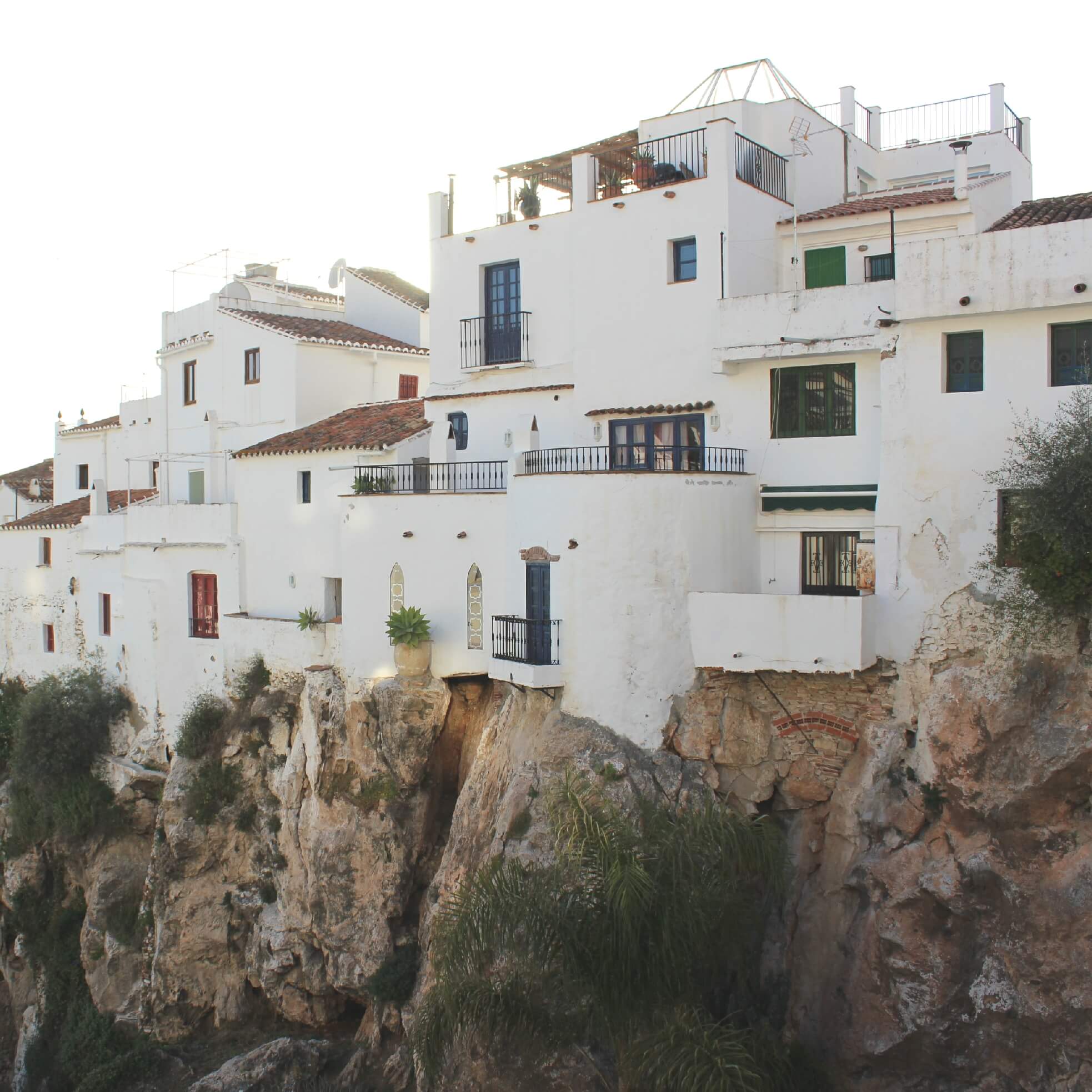 Walk of traditions: Elegant square with cobblestone floors and typical Malaga flooring located next to the town’s church. Decorated with vessels and a mural with a dozen niches with images of the professions and traditional crafts of the region. It is a must-see spot for any visitor, the best light and time to take photos in the square is when evening falls. 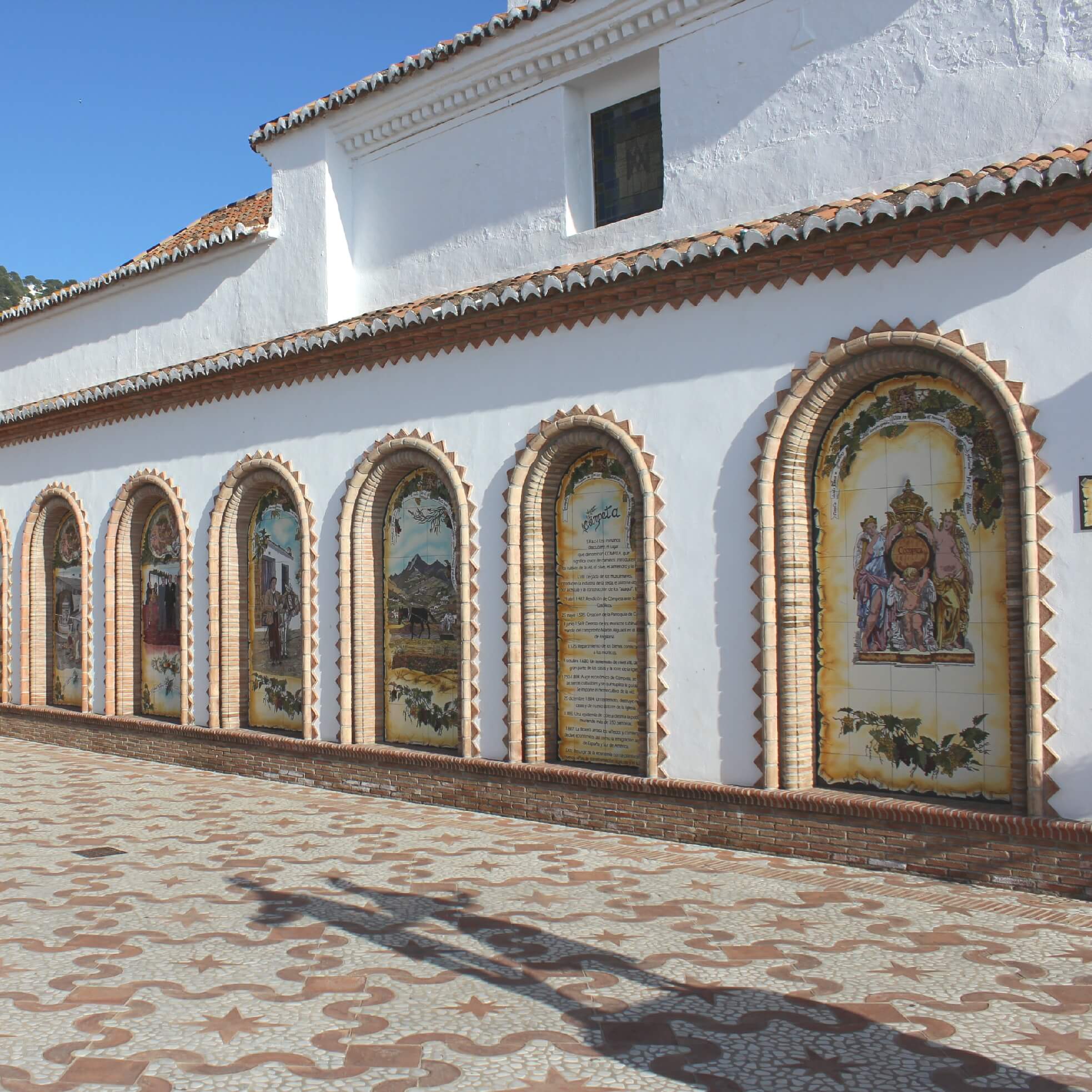 Hermitage of San Cayetano: Probably built in the sixteenth century during the time that Muslims and Christians lived together. Inside it houses the image of San Cayetano from the 18th century, before that date it is probable that the hermitage was dedicated to some other saint. 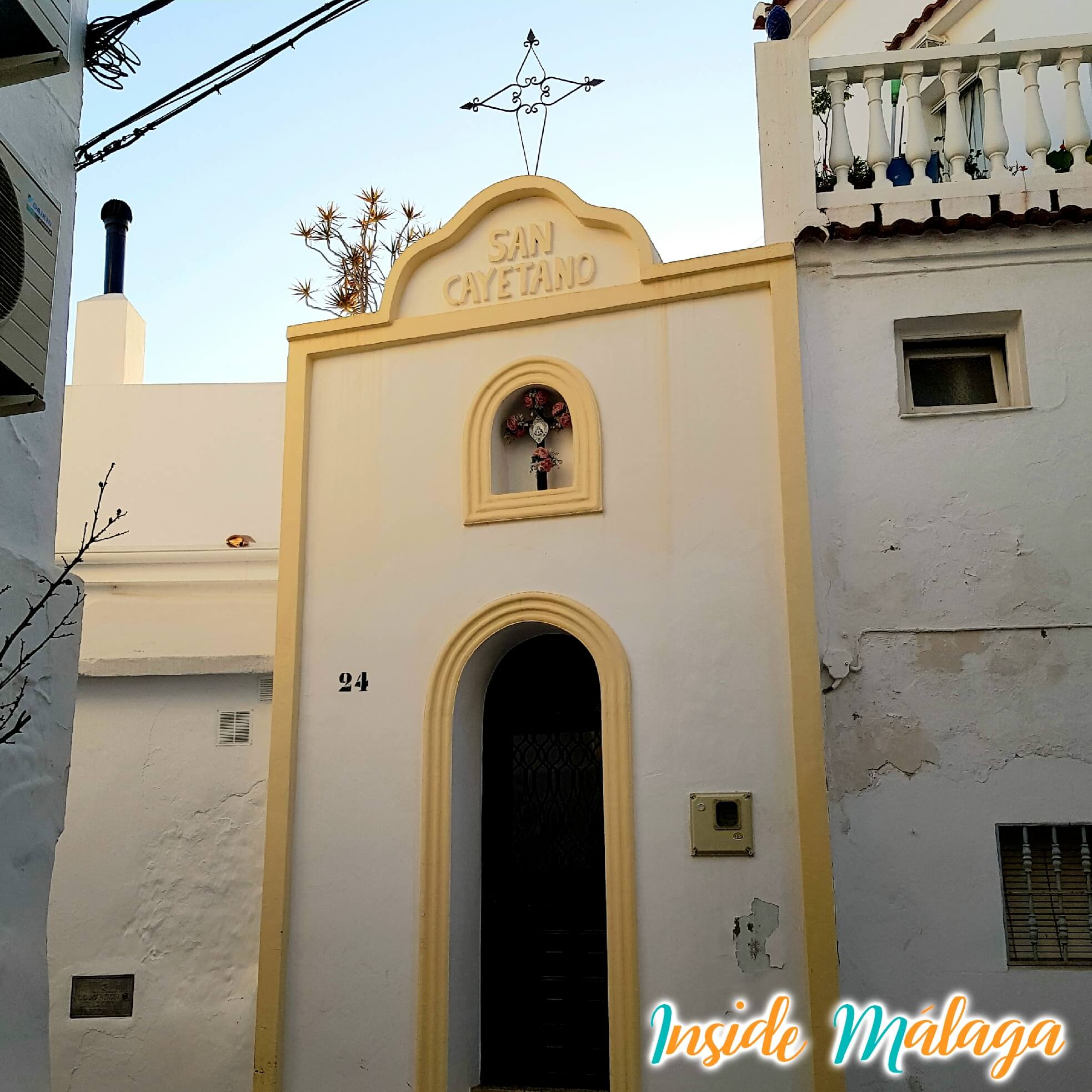 Hermitage of San Isidro Labrador: Next to the Plaza de la Vendimia is located this small hermitage dedicated to the patron saint of farmers, a very venerated saint in the area, since it is a very agricultural area, as in the case of the cultivation of the vine.

Potaje de Hinojos: A stew of white beans and chickpeas with pork flavored with fennel, paprika and garlic.