Istán village stunned by its own beauty of the valley where the fighting soul of the heroine Juana de Escalante is still felt in its picturesque streets.

Where is Istán located

The origin of the name Istán

The origin of the name comes from Arabic, which means “the highest”.

Denonym of the people of Istán

The name and inhabitants are called panochos.

Where to park in Istán?

Once we visited the hermitage, we headed to the town of Istán. Entering the town let’s see a sign that informs “park your car that the streets are narrow” and indeed the streets are very narrow and inclined, therefore we recommend parking next to the town hall. or just as you enter the town on the right there is a flat parking area. 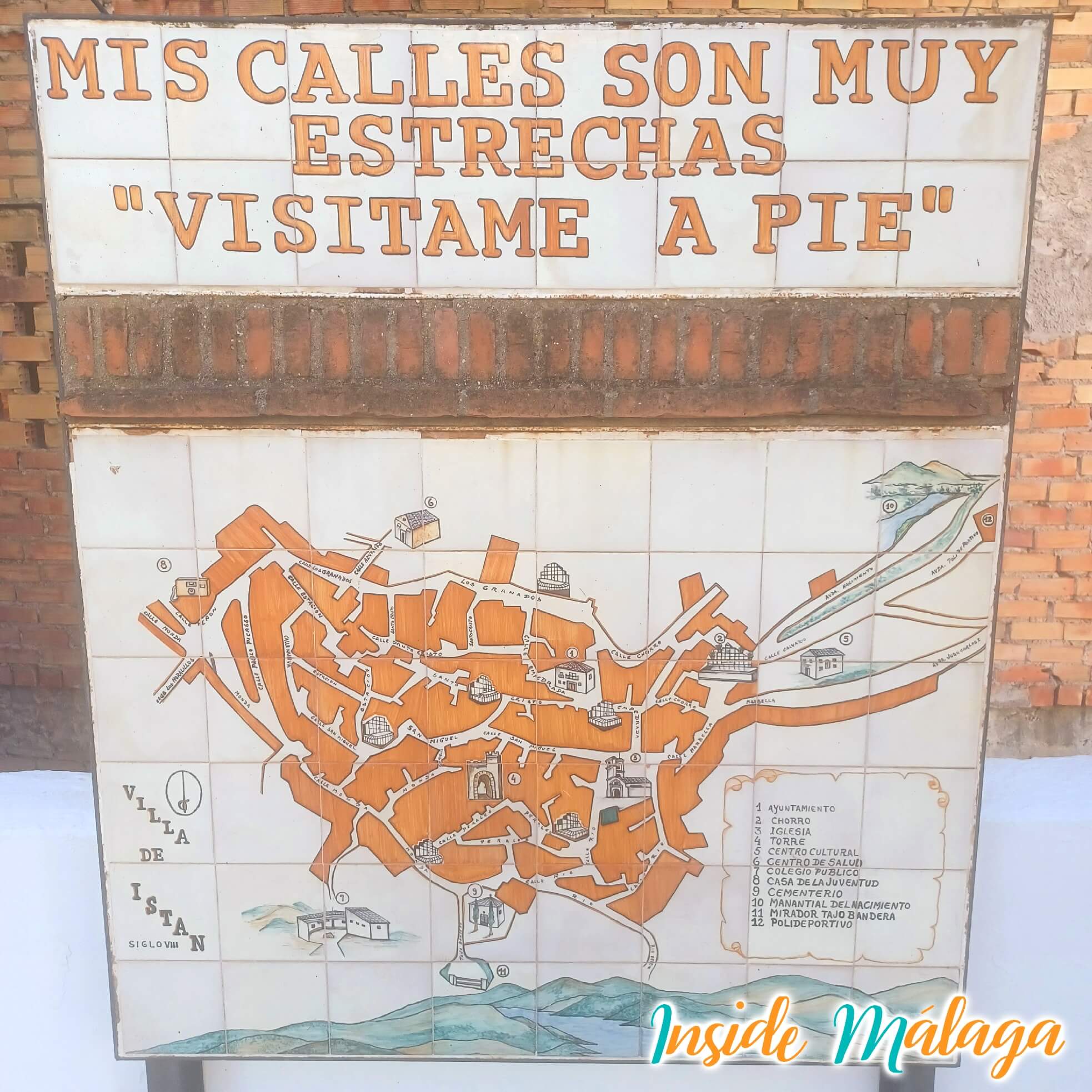 Monuments and places of interest to visit in Istán

There are some indications that in the Roman era there was already a human presence in the area.

The ditches of Arab origin represent a clear human and important presence during the Al-Andalus period, since this construction supplied the land with water from the springs of Istán, Río Molinos and Río Verde.

In May 1506, an attempt to escape to North Africa by the Moorish population of Istán took place, being detained in Rio Verde by the troops of Marbella in a bloody battle. The survivors were subjected to prison and galleys and their property passed to the Crown of Castile as a spoil of war according to the ritual established in the Siete Partidas of Alfonso X. After the crushing of the Muslim rebellion, which took place in 1569, there was a depopulation of the area.

In 1568 during the Moorish rebellion, on the night of December 31, the beneficiary cleric Pedro de Escalante who lived in the tower of Nasrid origin in Istán left to Marbella to communicate the news of the uprising, while the rebels tried to conquer the tower to steal the wheat and oil that were in the first room, the niece of the clergyman and the maid tried to take prey Juana de Escalante, she managed to go up to the first floor and defend the tower by throwing stones through the window until the troops from Marbella arrived.

In 1570 the repopulation of the lands of the area begins by King Felipe II with Christians who came from various parts of the peninsula. Much of it came from the orchards of Murcia, a region where the panocho was spoken, which influenced what is currently called the name of Istán.

In 2010 the new town hall was built, with a hall for civil protection and a municipal theater.

Where to sleep in Istán

Finca de la Vista: This finca will allow you to enjoy every moment of the Sierra de los Nieves. This peacefull stunning B&B will give you a serene and relaxing stay at the foot of La Concha mountain. Only 10 minutes away by car from the beautiful white village Istán. This accomodation is perfect if you wanna enjoy rural activities such as walking, climbing, mountain biking or kayak. The host are wonderful and friendly people that will make your stay a delight.

Zahínas: A traditional dessert based on cateto bread, where honey is added to sweeten it.

For more information about Istán village: visit the website of City Council page