La Concepción Botanical Garden is an emblematic and beautiful garden that is more than a century and a half old, attracting thousands of visits from all over the world to appreciate its beauty and elegance.

The garden, a labyrinth of paths, trails and bridges within an unexpected jungle surrounded by waterfalls hidden among green foliage and giant trees. The palace and buildings give off a nostalgia for a dreamy past where the Spanish aristocracy gathered for celebrations in its halls and under the giant wrought iron gazebo. 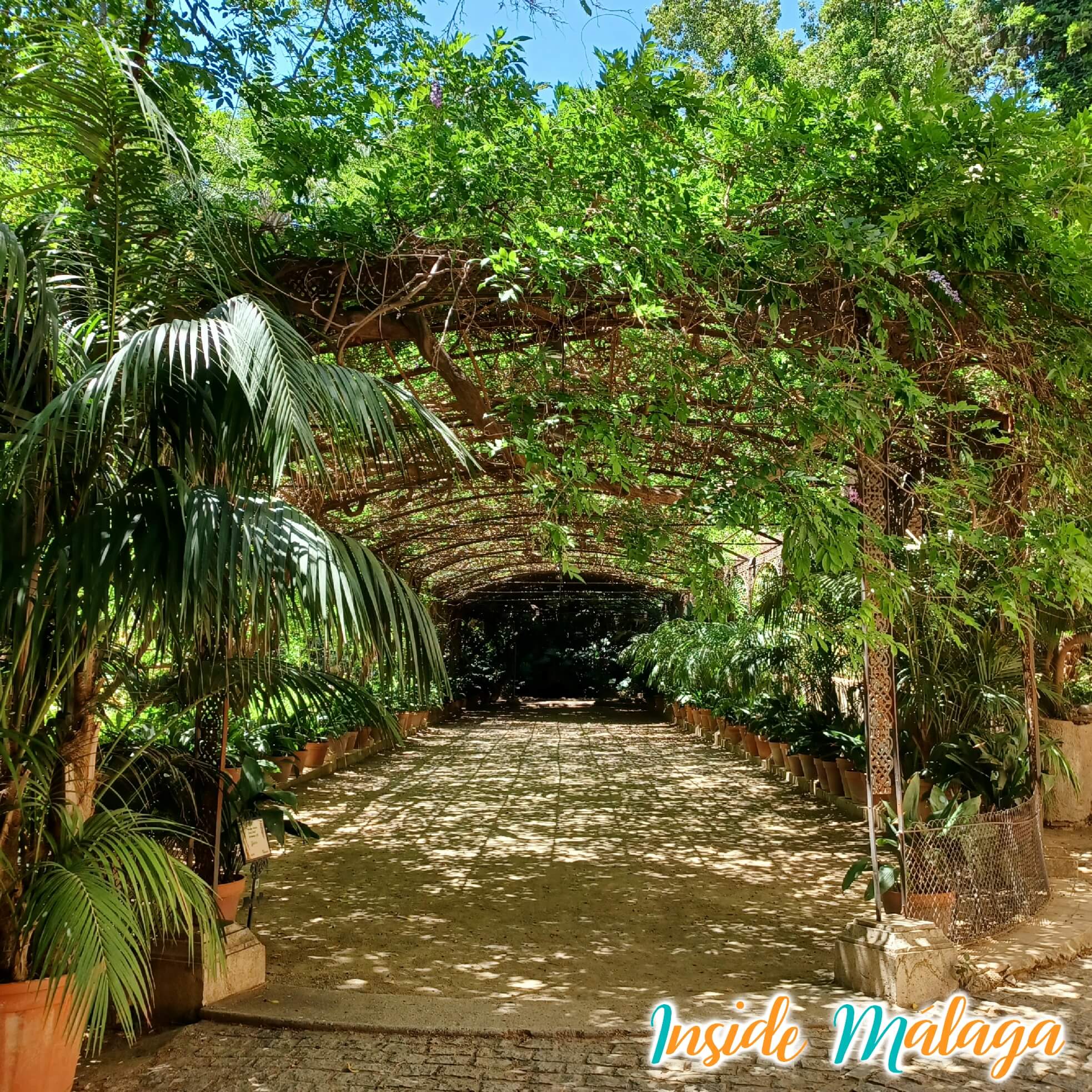 Located on the way to the Botanical Garden next to the Malaga Highway A-45 taking exit 140. The site has two parking areas for visitors. The tour and visit can last approximately 2 hours.

To see the schedule and ticket prices, visit the official website. On Sunday afternoons there is a free entry slot at a certain time.

Description of the Garden of the Conception

The enclosure measures approximately 23 hectares of gardens of which 3 hectares are considered as Historical Garden. All this set forms a collection of more than 5000 plants and trees of which 500 tropical and subtropical species that constitute an elegant Tropical Forest.

The tour will take you through the beautiful and valuable historical garden where every corner will take you on a journey back in time to the last century. The design of its tangled paths will make you lose yourself among the giant trees, cross centuries-old bridges, hear the waterfalls that have been falling for more than a century and old greenhouses that were forged by hand.

For more than a century it was a social meeting point for the Spanish and Malaga aristocracy where great political and artistic figures met for celebrations, highlighting Sissi the Empress of Austria, Romero Robledo or Cánovas del Castillo.

The walk will take you through a dozen buildings that are emblematic for the garden and for the city of Malaga, highlighting:

History about the Garden of the Conception

Created by the Marquises of Casa Loring, Jorge Loring Oyarzábal and Amalia Heredia Livermore, married in 1850, both sons of businessmen who came to the city of Malaga in search of fortune. The adventurous couple was inspired by their travels throughout Europe, visiting libraries, museums, gardens and parks, which motivated them to create the La Concepción garden.

The splendid tropical garden was not only a place for strolling but also a meeting place and social center for the circle of friends of the Marqueses, all of whom were important figures in industry and culture.

After the marriage died between 1900 and 1902, the economy of the Loring-Heredia heirs declined and the estate was acquired in 1911 by the married couple Rafael Echevarría Azcárate and Amalia Echevarrieta Maruri. This couple built and designed the beautiful emblematic viewpoint from which the city of Malaga can be seen. They added the famous Roman mosaic to the mausoleum and enlarged conconsiderately the collection of plants, trees and palms.

In 1943 the garden was declared a historic-artistic garden, today a Site of Cultural Interest. Once the couple died, Amalia’s brother, Horacio Echevarrieta Maruri, maintained the garden until his death in 1963. From this date the space fell into disrepair and continued decline.

In 1990 the garden was acquired by the Malaga City Council for a sum of 600 million pesetas (3.6 million euros) in order to conserve and improve the historic garden, which after four years of reforms opens it to the public on the 21st of June 1994. Currently the garden and the collection of plants have educational and scientific purposes and delight the thousands of tourists who visit Malaga.